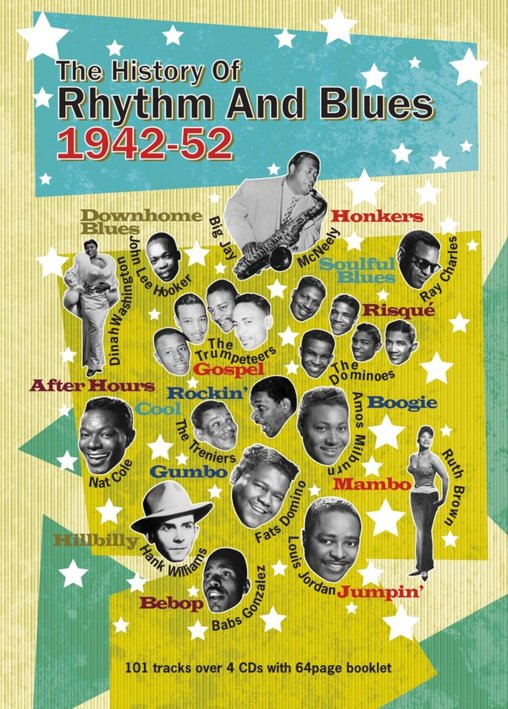 Not your standard history of R&B – as this set goes back a bit further than most, and stops well before the early years of soul music – to focus especially strongly on the criss-crossing of genres that took place during the key indie label years of the postwar recording boom! The artists are a mix of familiar names and lesser-known talents – in modes that mix up jump blues, vocal swing, group harmonies, bluesy jazz, and even some rootsier modes – presented over the course of 101 titles in all, with work from Rosco Gordon, Nellie Lutcher, Red Allen, Babs Gonzales, Lucky Millinder, Rubberlegs Williams, Five Red Caps, Cecil Gant, Wynonie Harris, Lost John Hunter, Lloyd Glenn, Billy Wright, The Royales, Mary Deloatch, The Clovers, Edgar Hayes, Bullmoose Jackson, The Treniers, and many many others.  © 1996-2021, Dusty Groove, Inc.

El Leon Bailarin
Sonar Kollektiv/Oom Dooby Dochas (Germany), 1980. New Copy
CD...$6.99 16.99
A killer set of tropical disco – a record that's maybe a much better illustration of the mode than some of the bigger US albums of the style – even though the mighty Daniel Grau hardly ever got his due back in the day! That's partly because Daniel was working far from the limelight in ... CD

Black Is Brown & Brown Is Beautiful
Skye/Vampi Soul (Spain), 1969. New Copy
CD...$5.99 16.99
A hip little set from Ruth Brown – miles away from her earlier R&B for Atlantic, and much more in the adult, righteous, and contemporary mode you'd expect from the title! The session's one of the key sides from the late 60s Skye Records catalog – and like others on the label, it ... CD