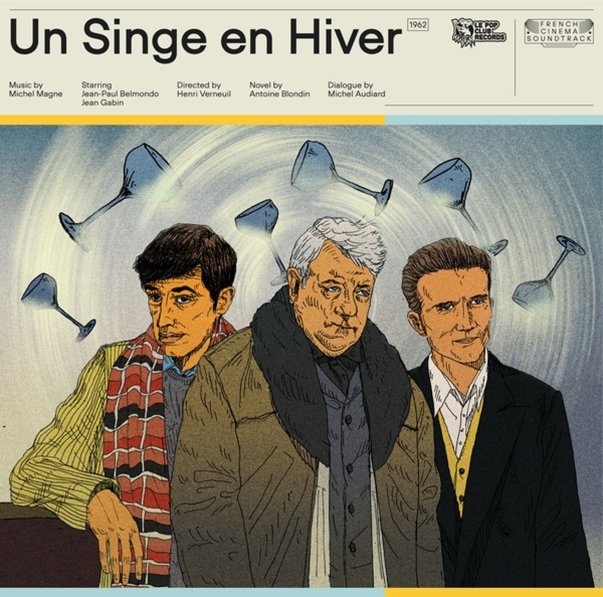 Beautiful work from French Soundtrack legend Michel Magne – an artist who's known for some famous groovy work at the end of the 60s, and already pretty far on his way with this earlier set! The record has an odd mix of styles – sometimes using strings in conventionally sentimental ways, but other times bringing in starker instruments to carve out Eastern themes – but in a way that swings with a groovier 60s edge! The timing of the set is a bit short of the mod/jerk years in French cinema, but there's some exotic elements that more than offset that difference – and titles include "Pekin Buenos Aires", "L'Amite", "Corrida Ethylique", "China Jazz Hot", and "Yang Tse Kiang".  © 1996-2022, Dusty Groove, Inc.

Fantabulous (turquoise vinyl pressing)
Trading Places (UK), 1968. New Copy
LP...$26.99 29.99
One of the grooviest soundtracks ever served up by Sandro Brugnolini – an Italian soundtrack artist who first started in jazz, but who here is really taking on some of the cooler, more upbeat modes of some of his 60s contemporaries! Some of the best cuts have a romping, organ-heavy sound ... LP, Vinyl record album