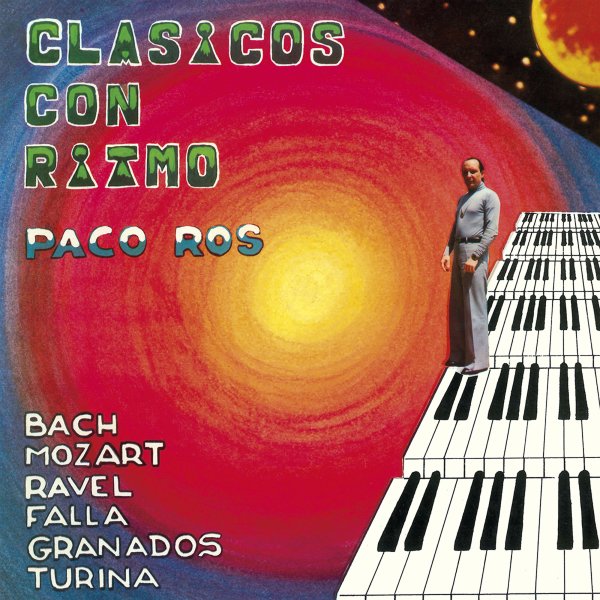 A really cool little record from 70s Spain – one that takes themes from classical music, and opens them up in all sorts of really wonderful grooves – hardly classical at all, and much more in the vein of some of the European soundtrack material of the time! Paco Ros handles a range of keyboards – Hammond organ, Fender Rhodes, and even a bit of vibes – and gets these romping rhythmic backings on standard bass, drums, and percussion – nice and spare, without some of the disco trappings that a set of this nature might normally fall into! If you're a classical music lover, you might wince here – but if you dig 70s keyboard records, you'll find plenty to love – on tunes that include "Orgia", "Aria De La Suite", "Danza Espanola No 5", "Danza Del Fuego", "Sonata Num 15", and "Pavana Para Una Infanta Difunta".  © 1996-2022, Dusty Groove, Inc.
(Individually numbered limited edition of 300!)