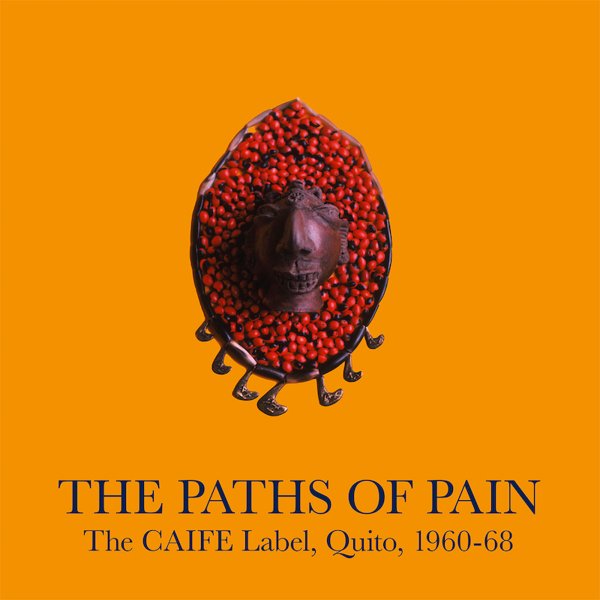 A really beautiful collection of music – and work from a scene that we've hardly heard from before – given that all these tracks were taken from the 60s catalog of the Caife Records label in Ecuador! The music is often an unusual hybrid of modes – older folkloric styles mixes with more contemporary expressions – often driven by an urban interest in the nation's traditions, which involve many different cultural strains spread out over its diverse terrain. Caife was an imprint that sought to capture music that might have fallen through the cracks otherwise – and in terms of sound and style, most of this work feels much older than what you might have heard coming from Colombia, Mexico, or Cuba in the 60s – with a fair bit of acoustic instrumentation, and often a strong current of sentiment, as is hinted at in the title. The package is a very well-done resurrection of this near-lost legacy – with a beautiful booklet of notes and rare images – including a shot of the hoarder's office in a high rise, where most of the tapes had been sitting for decades. Titles include "Sendero Del Dolor" by Segundo Bautista, "Ingratitud" by Hermanas Mendoza Suasti, "Cotopaxi" by Biluka Y Los Canibales, "Desesperacion" by Bentiez Y Valencia, "Lejos De Ti" by Los Tres Ases, "Vaca Lechera" by Conjunto Caife, "Pasional" by Lucho Munoz, "El Anacu De Mi Guambra" by Biluka Y Los Canibales, and "Ensonacion" by Los Inaquingas.  © 1996-2022, Dusty Groove, Inc.