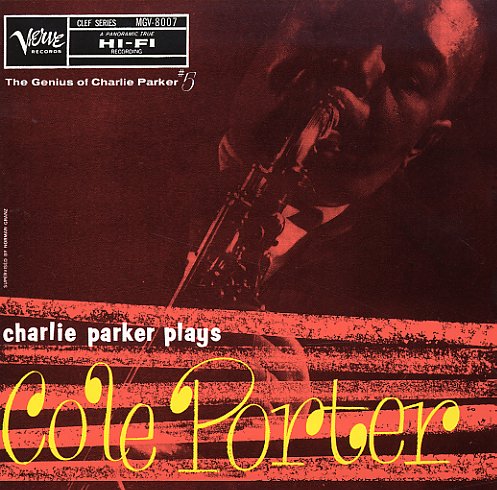 Charlie Parker takes on the music of Cole Porter – with results that make for some of his most classic moments at Verve! Parker's horn is as hard-bitten as always, but it's also working here in a slightly lyrical vibe – one that brings out the warmth that Charlie could have at just the right moments – that sense of soul that made his contribution to jazz one of the more formative sounds of the century! Porter's music takes on tones that we might never have expected – especially in some of the album's alternate versions, which give key proof that Bird was always working out new ideas with each new solo. The group features Walter Bishop on piano, Billy Bauer or Jerome Darr on guitar, Teddy Kotick on bass, and Roy Haynes or Art Taylor on drums – on titles that include "Just One Of Those Things", "I Get A Kick Out Of You", "Love For Sale", and "I Love Paris. Essential Jazz release adds 7 bonus tracks recorded between 1950 and 1953.  © 1996-2021, Dusty Groove, Inc.
(Cover image varies slightly.)