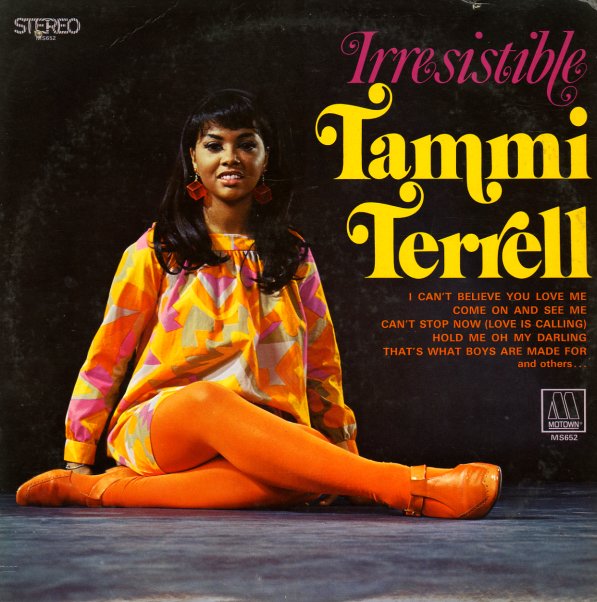 An irresistible solo album from the great Tammi Terrell – the Motown singer who's best remembered for her duets with Marvin Gaye, and who hardly ever got a chance to work on her own! Despite that lack, though, this album's a standout classic – a slightly different take on the female Motown sound of the 60s, with production by Harvey Fuqua and Johnny Bristol – in a vibe that's maybe just hinting a bit at the sound to come – which makes us wonder how much Terrell would have given us in the 70s, if she hadn't passed from this planet all too soon! Titles include cuts by Smokey Robinson, Johnny Bristol, and Fuqua himself – with tracks that include "I Can't Believe You Love Me", "Come On And See Me", "What A Good Man He Is", "He's The One I Love", and "Can't Stop Now (Love Is Calling)". (Note: This item is not for sale online until 7:00am on Saturday, November 27. It is in limited supply – and by nature of the Record Store Day rules it will be offered for sale first to customers who visit the Dusty Groove retail outlet in Chicago the morning of Friday, November 26. It will not be pre-sold or reserved in any way. However, after 7:00am on November 27 we will offer up whatever we have left for sale online.)  © 1996-2021, Dusty Groove, Inc.