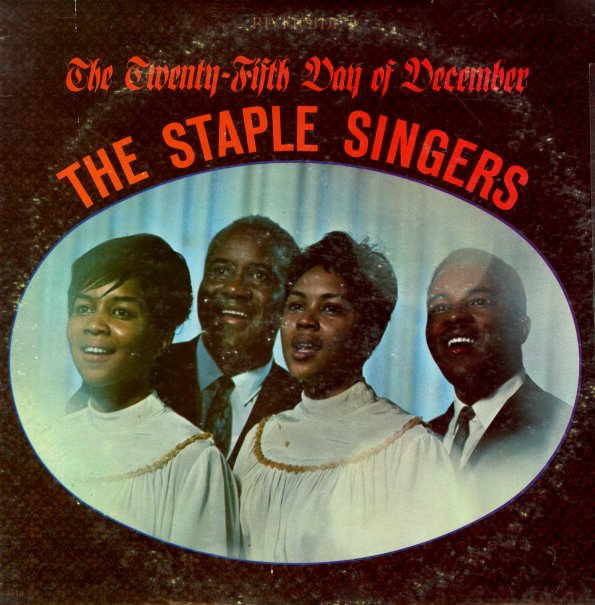 A vintage Holiday recording from The Staple Singers – a set recorded back in the group's earliest, rootsiest days! The sound here is quite spare – no surprise, given that the session was done by Riverside Records, at a time when the label was pushing the gospel-influenced quartet onto folk audiences of the 60s – but it's also that spare quality that gives the record a timeless feel that holds up nicely. Instrumentation is just a bit of guitar from Roebuck Staples and organ from Maceo Woods, plus some drums – and titles include "The Last Month Of The Year", "Holy Unto The Lord", "The Savior Is Born", "Sweet Little Jesus Boy", "There Was A Star", "Silent Night", "O Little Town Of Bethlehem", and "No Room At The Inn".  © 1996-2022, Dusty Groove, Inc.

Open Soul
Stage Productions/P-Vine (Japan), Mid 70s. New Copy (reissue)
LP...$34.99 39.99
A really legendary group from the underground 70s scene in Chicago – one who've got all the chops and capabilities of the bigger groups of the time, but who never fully got their due – maybe in part because of the racy image on the album's cover! The group are a sharp funky ensemble ... LP, Vinyl record album