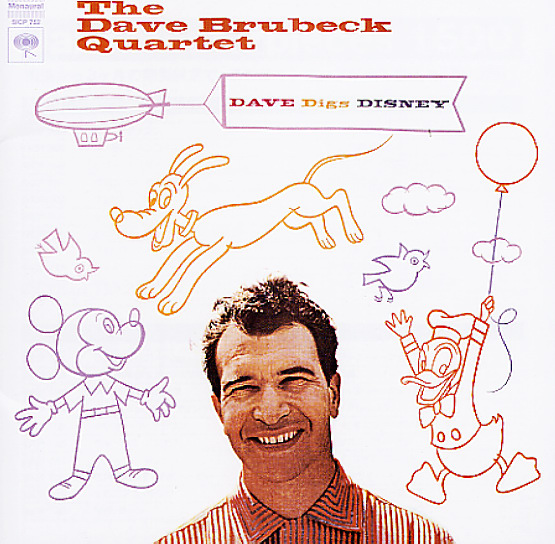 Dave Digs Disney – and hence, so do we! The album's one of the first to ever pay tribute to the great compositions heard in Disney films – and it features the magical sound of the Brubeck Quartet, turned upon a host of familiar numbers, and transforming them into longer vehicles for jazz improvisation. Given Dave's great sense of play with rhythm and timings, the tunes really get changed up in these versions – in a way that takes best advantage of the modal rhythms and jazz waltz styles that many of them share. Paul Desmond's alto work is as impeccably-handled as ever, and Joe Morello's sprightly drums seem perfectly at home with the tunes – as does Dave's warmly lyrical work on piano. Titles include "Alice In Wonderland", "Give A Little Whistle", "One Song", "Someday My Prince Will Come", and "Very Good Advice".  © 1996-2022, Dusty Groove, Inc.
(Out of print.)

Telefunken Blues
Savoy/Sony (Japan), 1954/1955. Used
CD...$14.99
One of the greatest American albums to be issued under Kenny Clarke's name – a smoking set of boppish tracks that groove in a very early 50s Blue Note sort of way! And in fact, the tracks are a bit longer than the usual Blue Note bop sides, which makes them open up with some even longer ... CD

Back In Bean's Bag (Japanese paper sleeve edition)
Sony (Japan), Early 60s. Used
CD...$19.99 24.99
A way different album than usual for both tenor giant Coleman Hawkins, and up-and-coming trumpet talent Clark Terry – a very soulful set that falls much more into the spirit of the few soul jazz gems on early 60s Epic/Columbia Records! This could be because Dave Bailey's holding down the ... CD

8:30
Sony (Japan), 1979. Used 2 CDs
CD...$19.99 24.99
Weather Report at the height of their 70s fame – captured live in a double-length set, very much the practice for jazz superstars of the time! The format is familiar – but the liveness gives the album a slightly different feel than their studio sets – a sound that echoes out ... CD