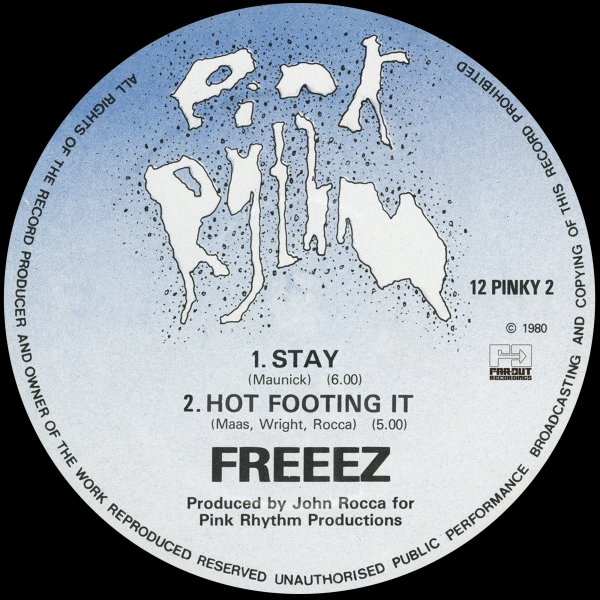 Two fantastic nuggets from UK electro giants Freeez – back to back on a 12" single! "Stay" has a warmer sound than some of the more electric work that Freeez would soon give the world – lots of Rhodes-like keyboard lines, mixed with riffing guitar, and a pulsating bassline that really gets the whole thing moving! There's more great bass on "Hot Footing It" – chunky and funky, but with a nice use of spacey production around the edges!  © 1996-2021, Dusty Groove, Inc.