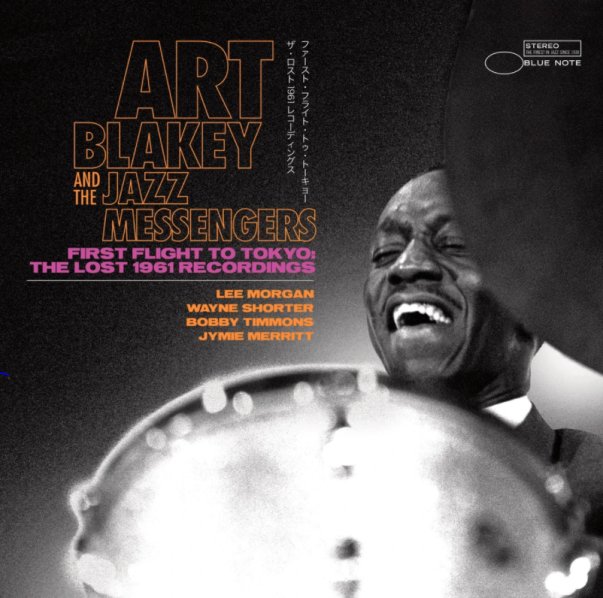 Hardbop godfather Art Blakey cut some fantastic work in the studio with his Jazz Messengers group – but in a live setting, the group sometimes sound even more amazing than on record – and that's definitely the case with this unreleased live date from the early 60s! Art has a really seminal version of the group here, with three key young stars in the lead – Lee Morgan on trumpet, Wayne Shorter on tenor, and Bobby Timmons on piano – all players who, along with bassist Jymie Merritt, helped Blakey craft some of the most memorable albums in the Blue Note catalog at the time. Yet here, as things are live, the tunes are even more stretched out – which means a lot more work from Art on the drum kit, in solos that are totally mindblowing, and really get at the complexity he can bring to his percussion – plus more pronounced work from Merritt, who's always been a hell of a bassist, but never fully gets his doe. The whole thing is fantastic – a double-length set with great sound, rescued from the vaults – with tunes that include "Now's The Time", "Blues March", "Moanin", "Dat Dere", "Night In Tunisia", "Round Midnight", and two takes on "The Theme".  © 1996-2022, Dusty Groove, Inc.
(LP version comes with a 16 page booklet with rare photos, essays, and more – plus 6 collector postcards!)

Milt Jackson (Blue Note 1509) (180 gram pressing)
Blue Note, Early 50s. New Copy (reissue)
LP...$23.99 25.99
Wicked early work from Milt Jackson – a record that's got a lot more of an edge than some of his later work with the Modern Jazz Quartet – a near-perfect modernist bop sound that's every bit the best side of Blue Note in the early 50s! The package brings together material from a few ... LP, Vinyl record album