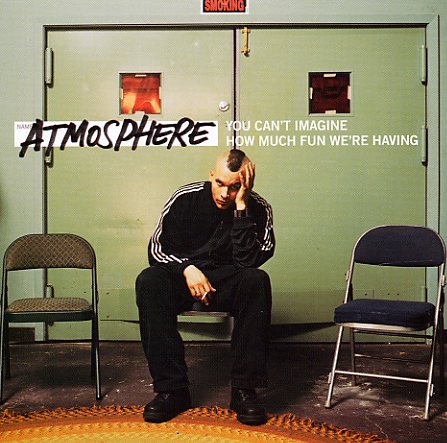 You Can't Imagine The Fun We're Having (with poster & download)

Atmosphere's hard hitting, tightly focused You Can't Imagine How Much Fun We're Having – one of their best ever! Tracks like the opener "The Arrival", "Panic Attack" (a blistering affront to an over-prescribed populace) and "Bam" hit hard with Ant's gritty soul and rock beats and Slug's busy, in the pocket rhymes, and find these guys working tightly as a singular force with a mesmerizing intensity. Lyrics-wise, this record is a pretty remarkable step up – and a peak effort for Atmosphere and the Rhymesayers label. Other titles include "Watch Out", "Smart Went Crazy", "Musical Chairs", "Angelface", "Get Fly" and "Little Man".  © 1996-2021, Dusty Groove, Inc.
(Includes poster & download!)