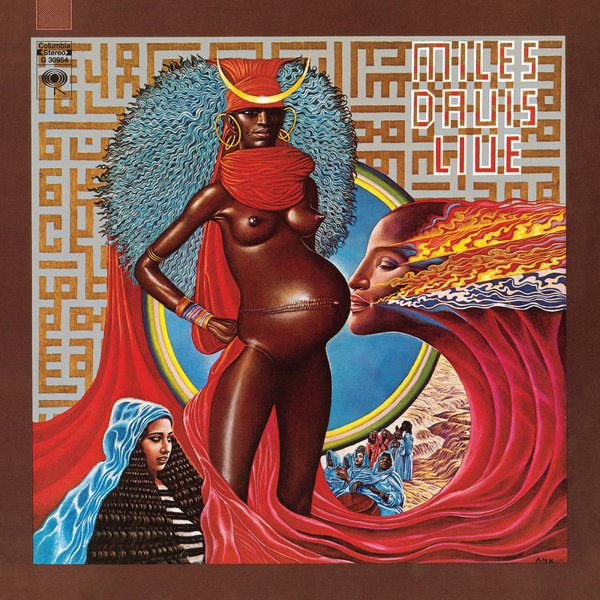 Also available
Miles Davis — Live Evil ... LP 39.99
A beautiful live representation of the energy of the Bitches Brew years – one that has Miles Davis and the group really letting loose with free-flowing, modally-inspired lines – cooking up an incredible blend of acoustic and electric sounds at once! There's a bit of funk here, but not much – and although guitar is sometimes used strongly, it's often not as noisy as in later live sides. Instead, the whole group gels together beautifully – an unlikely assortment of players that includes Gary Bartz and Steve Grossman on reeds, John McLaughlin on guitar, Herbie Hancock on keyboards, Hermeto Pascoal on percussion, Dave Holland on bass, and Jack DeJohnette on drums – all given new focus, direction, and inspiration by Miles! Titles include "What I Say", "Sivad", "Selim", "Funky Tonk", and a great medley of "Gemini/Double Image".  © 1996-2023, Dusty Groove, Inc.
(50th Anniversary limited edition – on opaque teal vinyl!)