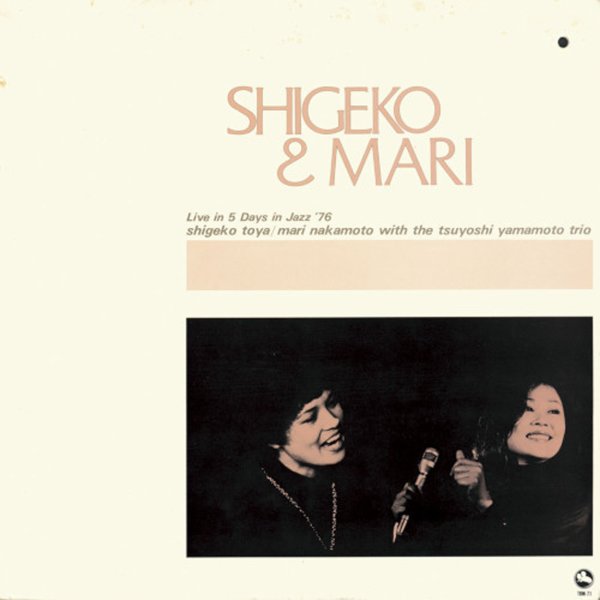 A really great vocal session from 70s Japan – and one that's got a much more spiritual sound at times than some of the others from the scene! Pianist Shigeko Toya has a way of really taking her time with the tunes – finding the right sort of vibe, then opening things up carefully – as singer Mari Nakamoto comes into the mix once the sound is right – using these very different inflections that are almost in some of the more expressively experimental modes of the European female vocal scene of the time. There's some standards on the set, but even these are given very different readings – and titles include "Greensleeves", "The Blues Ain't Nothin", "Hey There", "You'd Be So Nice To Come Home To", and "That Lucky Old Sun".  © 1996-2022, Dusty Groove, Inc.
(Part of the Three Blind Mice Supreme Collection!)