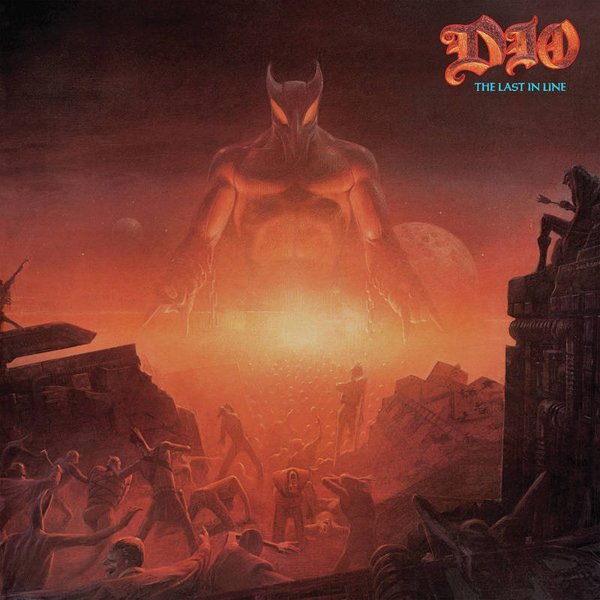 The second of Dio's twin masterpieces – a second album knockout that followed Holy Diver by a single year! The biggest difference this time out is the addition of full time keyboard player Claude Schnell to the band, making Dio a quintet – but what the keyboards do NOT do is air out the heaviness. This remains a headbanging classic, with songs as heavy as any in the Dio canon. Like they did on Holy Diver, the band balances a melodic sensibility with heavy rock in a way that would prove hugely influential – we can't imagine the quietly melodic to massively heavy transitions on Metallica's Master Of Puppets LP could've been what they are without the opening minute of the title track here, but this whole thing is a win – with "We Rock", "Mystery", Breathless", "I Speed At Night", "One Night In The City", "Evil Eyes", "Eat Your Heart Out" and "Egypt (The Chains Are On)".  © 1996-2022, Dusty Groove, Inc.