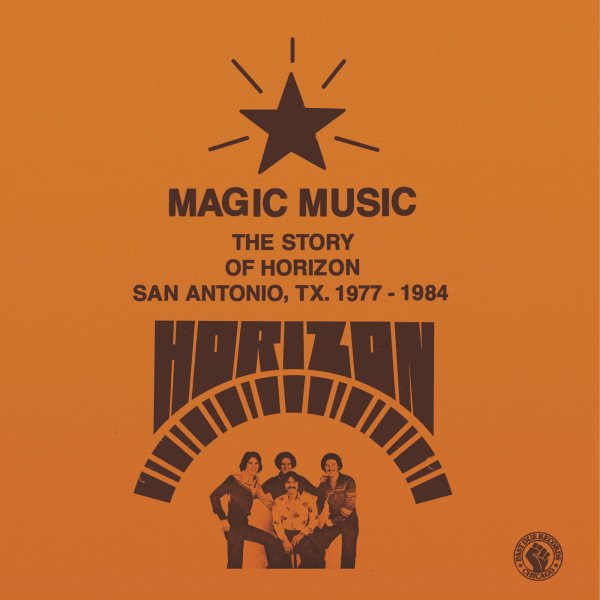 The full story of this really unique group – a soulful quartet who hail from San Antonio, but who have a rock-solid boogie sound that's like some of the best acts coming out of the east coast at the time! Horizon only issued a few indie label singles back in the day, but they've got a heck of a lot more to offer here – as the package includes ten never-issued cuts alongside their rare singles – all to paint a very vivid portrait of a group you'd never expect to hail from the southern side of Texas! The tracks are mostly upbeat and have a great clubby vibe – really well-crafted instrumentation over well-done arrangements – with vocals often harmonized by the group together with the lead – a soaring spirit that's clearly inspired by Earth Wind & Fire, but served up with a leaner sound overall, and a mode that's very much the group's own. Titles include "Lady Fantasy", "Over & Over", "Saving My Love For You", "Try My Love Again", "Rock It On Down", "Magic Music", "Feel The Funk", "Give It Up", "They Don't Make Em Like You", "Jen", "Let Me Be The One", "Snap To It", and "You Went Away".  © 1996-2022, Dusty Groove, Inc.

Wasted
Tuff City/Funky Delicacies, Early 70s. New Copy
CD...$9.99 14.99 (LP...$18.99)
An essential bit of funkiness from this obscure New Orleans funk combo! The Gaturs' frontman was keyboardist Willie Tee – who went on to greater fame as a jazz and session player – but we like him best at this early point, when he was wailing away on organ in a tight choppy small group ... CD