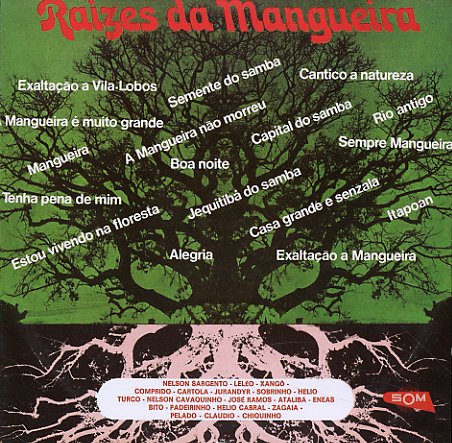 The title's an apt one, as the session's a musical tracing of the roots of the Mangueira sound – featuring rootsy samba work performed by a variety of singers that includes Jorge Zagaia, Xango, Jurandir, Sobrinho, and Babau Da Mangueira! Instrumentation is nice and spare – just a bit of cavaquinho, bandolim, and percussion, plus backing vocals – and titles include "Rio Antigo", "Alegria", "Itapoan", "Mangueira", "Cantigo A Natureza", and "Jequitiba Do Samba".  © 1996-2021, Dusty Groove, Inc.
(Shrinkwrap is lightly shopworn and is mostly cracked near the opening, but still intact. Cover is lightly bent at the edges.)