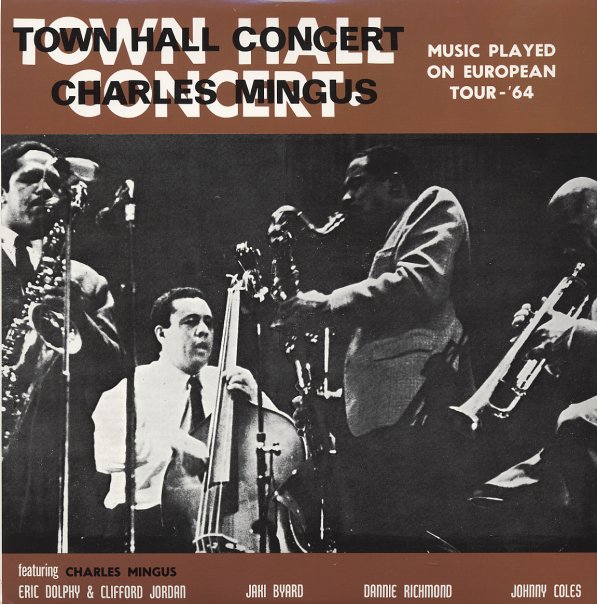 A great later example of the genius of Mingus with Eric Dolphy – a performance done shortly before Dolphy left on his tragic last visit to Europe in 1964, and which features both him and Mingus at their freest together! Don't mistake the album for the similarly-titled Town Hall album on United Artists, because this session's a lot more open-ended – with longer tracks, and a real focus on freely creative solos from players that include Dolphy, Clifford Jordan, Johnny Coles, and Jaki Byard. The album features only 2 long tracks – both titled after Dolphy's passing, with appropriate names "Praying With Eric" and "So Long Eric". And as an added bonus, the booklet features a great Mingus rant against the record industry!  © 1996-2022, Dusty Groove, Inc.
(On demand CDr pressing.)