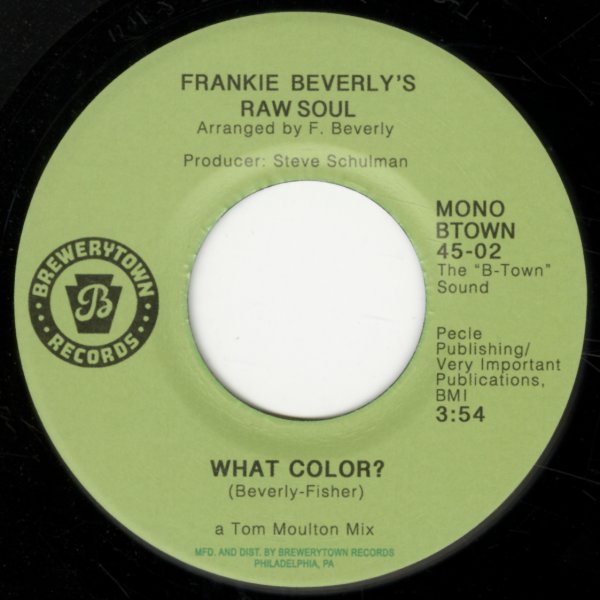 Very early work from the legendary Frankie Beverly – a rare Philly recording, done years before his wider fame with Maze – and in a groove that's very hard and funky overall! The tune's got some great horns that punctuate the start, but then rolls into a fierce bass/drum dance while the vocals get all raw and soulful, at a level you never would expect if you only know Frankie from later years! About as heavy as you can get for a funky 45 – and the instrumental is great too.  © 1996-2021, Dusty Groove, Inc.