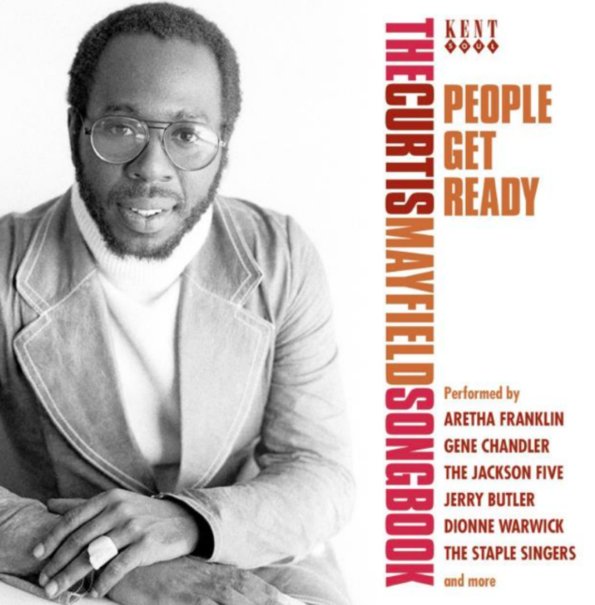 Curtis Mayfield is a hell of a singer – as most folks know from his work in the Impressions, and his later solo classics of the 70s – and he's also a hell of a songwriter too, one who was very generous with his magical material, right from the start! Back in the 60s, Curtis was sharing his songs with other up-and-coming soul singers on the Chicago scene – some of whom he was also producing in the studio, as well – and as the decade moved into the 70s, others were soon picking up Mayfield's tunes – both for their ability to deliver a personal message, and for the larger political agenda that was always in the music too! This really well-done collection brings together two dozen of Curtis' best songs, handled by other folks – mostly from the 60s and early 70s, but with a few surprises from later years too – all supported with a really great collection of notes and other information too. Titles include "Man's Temptation" by the Jackson 5, "Behind The Curtains" by Jan Bradley, "Rainbow (alt)" by Gene Chandler, "Monkey Time" by The Miracles, "I'm So Proud" by Main Ingredient, "Give Me Your Love" by Barbara Mason, "That's What Love Will Do" by The Gaylads, "Never Stop Loving Me" by Keni Burke, "I've Been Trying" by Jerry Butler, "Queen Majesty" by The Techniques, "It's All Over" by Walter Jackson, "Mama Didn't Lie" by The Orlons, "He Will Break Your Heart" by Freddie Scott, "People Get Ready" by Dionne Warwick, "Need To Belong" by Isaac Hayes, "Make Me Believe In You" by Patti Jo, "Let's Do It Again (single edit)" by The Staple Singers, "Look Into Your Heart (single edit)" by Aretha Franklin, and "The Makings Of You" by Gladys Knight & The Pips.  © 1996-2022, Dusty Groove, Inc.