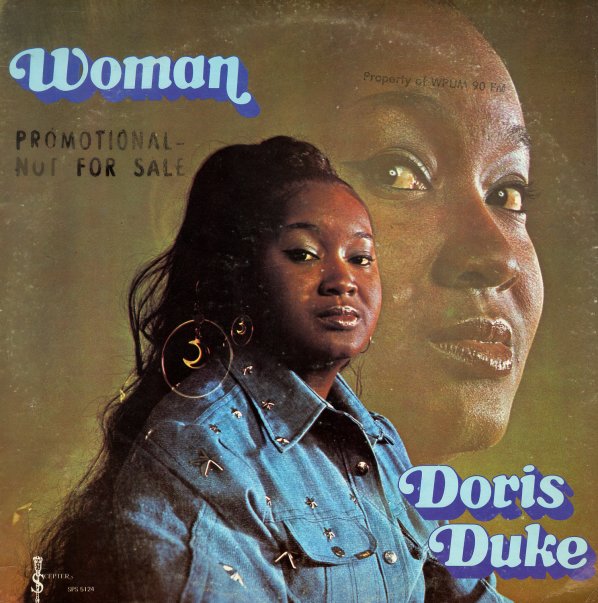 Quite possibly the best album ever from deep soul diva Doris Duke – a set that's produced with a slight undercurrent of sophisticated funk – and put together in ways that take Duke way past the rougher soul of earlier years! The album's a rare UK production – with backing from Ultrafunk and the Armada Orchestra, and a sound that's a great mix of Doris' roots back home with some of the sweeter, funkier sounds of the mid 70s – never in a way that's too commercial, and always with a quality that resonates strongly with the best US indie soul of the time. The album begins with a sublime remake of Marlena Shaw's "Woman Of The Ghetto" – and Doris takes the tune into whole new territory with her reading – and other tracks include "A Little Bit Of Your Love", "To Chicago With Love", "Love Is Here & Now Your Gone", "Grasshopper", "Hey Lady", and "Pick Up The Pieces".  © 1996-2022, Dusty Groove, Inc.