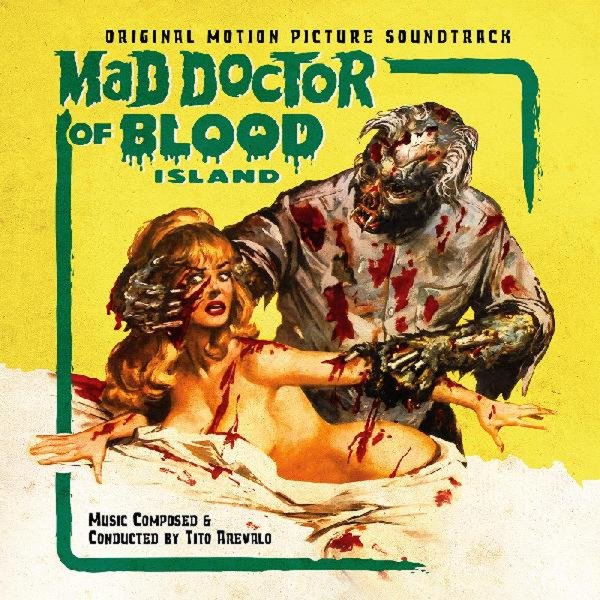 A wonderful late 60s horror soundtrack – a real gem that's presented with a fair bit of exotic touches in the music! Weird vocals, percussion, odd horn parts, and other spooky bits really keep things interesting amidst the fuller orchestrations – and in a way, the score reminds us of some of the Italian work of the early 60s – working with stark juxtapositions that really create a great mood amist more familiar modes. The album features many short tracks – a whopping 33 numbers in all, working together as a striking audio tapestry that almost has the same vivid appeal of the movie on screen!  © 1996-2022, Dusty Groove, Inc.
(Limited edition of 1000 – on "Chlorophyll Blood" green vinyl!)