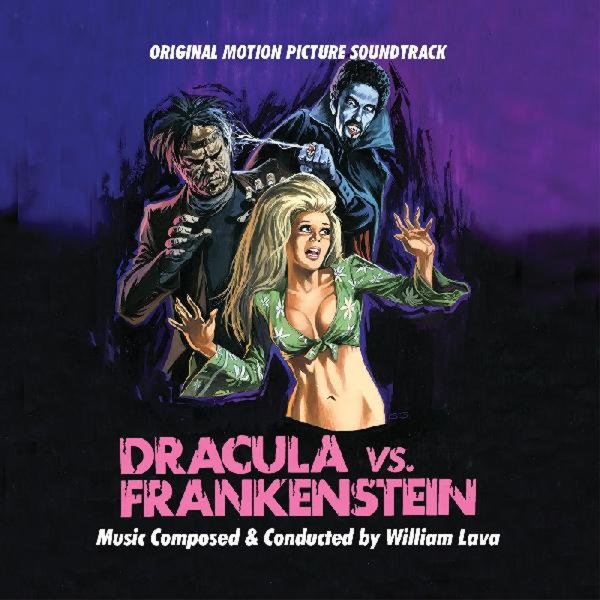 Dracula takes on Frankenstein, but we're the musical winners – given the quality of this great 70s horror score from William Lava! The set's a mighty weird one – as odd as the schlocky look of the film – a mix of serious orchestrations with unusual effects, electronics, and more – pulled together with a subtle sense of drama that may well be more professional than the images on the screen. Lava's scoring is great – almost a throwback to Hollywood modes of a decade or two before, yet also with an unusual pitch of its own – sort of a serious score, heard through a refracting prism that distorts things in really cool ways. The set features 23 tracks in all – including a "jazz chase" that didn't appear in the film!  © 1996-2021, Dusty Groove, Inc.
(50th Anniversary Edition – limited edition of 1000 – on "pumpkin" orange vinyl!)