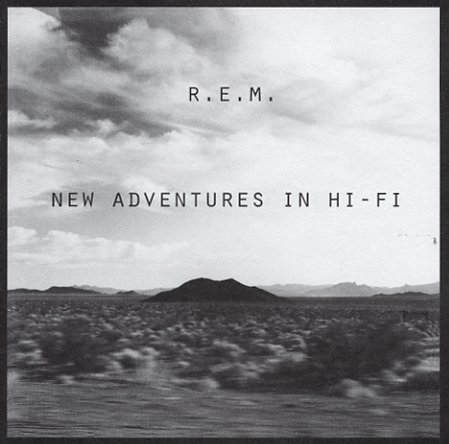 A mid 90s set from REM, and one that marks a slight and nice shift for the band – working here with textures that are different than most of their music of the previous decade, including moments that have some of the moodiness you might expect from the stark black and white image on the cover! Michael Stipe is still at the top of his game, vocally – and songs definitely bear the hallmark of his songwriting strengths – on titles that include "How The West Was Won & Where It Got Us", "Two", "E-Bow The Letter", "Departure", "Electrolite", "Bittersweet Me", "New Test Leper", "The Wake Up Bomb", and "Low Desert".  © 1996-2022, Dusty Groove, Inc.
(25th Anniversary Edition – new mastering, and 180 gram vinyl pressed at RTI!)