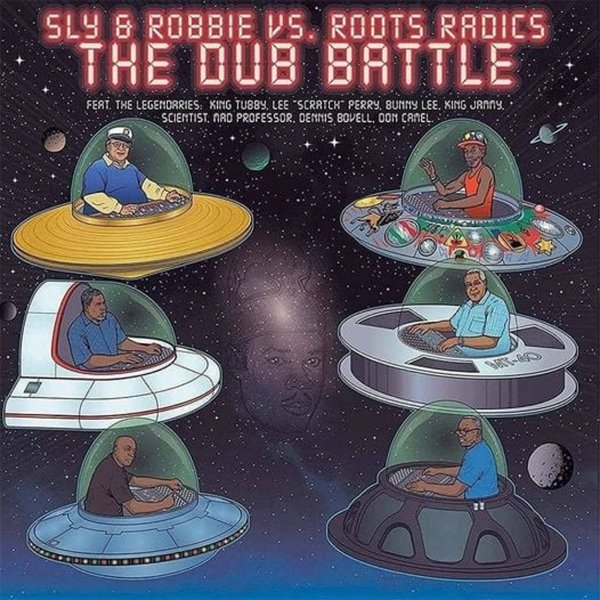 A set of dubs and remixes from the Final Battle album that featured both of the legendary rhythm teams in the lead – served up here by an all-star array of studio talents, who are pictured as old men in the flying saucers on the front! Yet don't let the age of the artists put you off, as the set features work from some of the best of the digital dub generation, helping push these cuts over the top, along with help from a host of guest artists too! Sly & Robbie titles include "Dub Morning" with Scientist and Mykal Rose, "Dub My Mind" with Bunny Lee and The Mighty Diamonds, "Mind Your Dub" with Horace Andy and Don Camel, "Dub It To The Max" with King Tubby, "Make A Dub" with Scientist and Luciano, and "Argentina Dub" with Ken Boothe and Dennis Bovell. Roots Radics tracks include "Dubterior Motives" with Brinsley Forde and King Jammy, "Glory Dub" with Mad Professor and Freddie McGregor, "Gates Of Dub" with Lee Scratch Perry and Max Romeo, and "Dub To You" with Toots & The Maytals and King Jammy.  © 1996-2022, Dusty Groove, Inc.