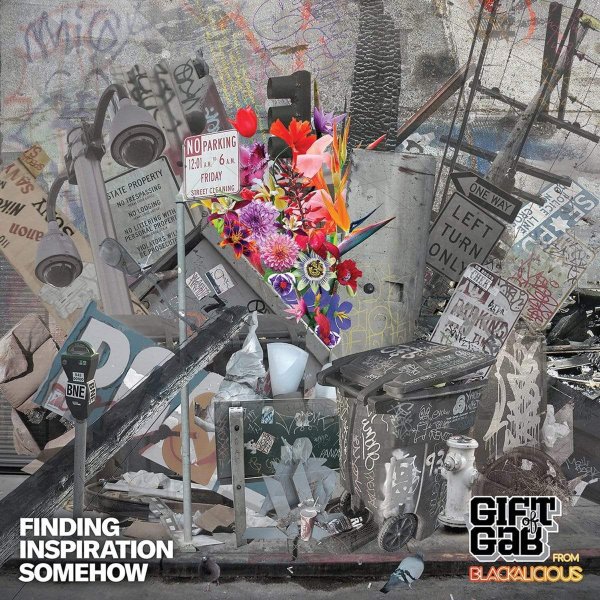 Also available
Gift Of Gab — Finding Inspiration Somehow ... LP 24.99
The last album ever recorded by Gift Of Gab – a set recorded during his final years, which were full of health troubles – but music that definitely sparkles from the inspiration mentioned in the title! Gab's got that razor-sharp quality here that made him such a key part of Blackalicious – that fast-rhyming style that's definitely a gift, and which has a lot more emotional power than just lyrical speed – set here to production that really drives home a sense of urgency in the music, and makes us wish he hadn't been taken from us all too soon! Titles include "The Idea Of America", "Vice Grip", "World Without Money", "The Gentrification Song (rmx)", "You Gon Make It In The End", "Going Farther", and "Back To The Light".  © 1996-2022, Dusty Groove, Inc.
(CD features the bonus EP Rejoice Rappers Are Rapping Again.)