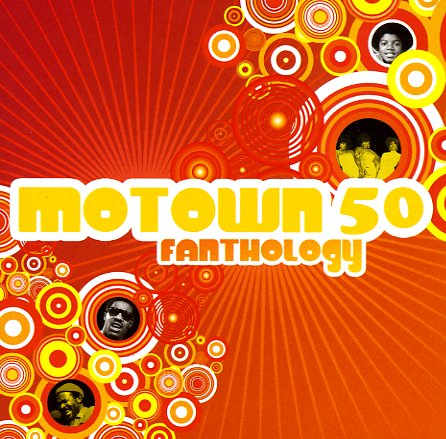 Motown gems – chosen by the fans, for the fans – a unique "fanthology" look at this legendary soul label! Given the approach, the 2CD set is overflowing with hits – oft-remembered soul music classics – with a heavy emphasis on the 60s years of Motown, mixed with standout tracks from later years too. There's a whopping 45 tracks in all – and titles include "Superstition" by Stevie Wonder, "My Girl" by The Temptations, "Reach Out I'll Be There" by The Four Tops, "Super Freak" by Rick James, "I Want You Back" by Jackson 5, "Ain't No Mountain High Enough" by Marvin Gaye & Tammi Terrell, "Tracks Of My Tears" by Smokey Robinson & The Miracles, "Got To Be There" by Michael Jackson, "Brick House" by Commodores, "What's Going On" by Marvin Gaye, "It's So Hard To Say Goodbye To Yesterday" by Boyz II Men, "Baby I Need Your Loving" by The Four Tops, "My Cherie Amour" by Stevie Wonder, "Fire & Desire" by Rick James & Teena Marie, and "Dancing In The Streets" by Martha & The Vandellas.  © 1996-2021, Dusty Groove, Inc.