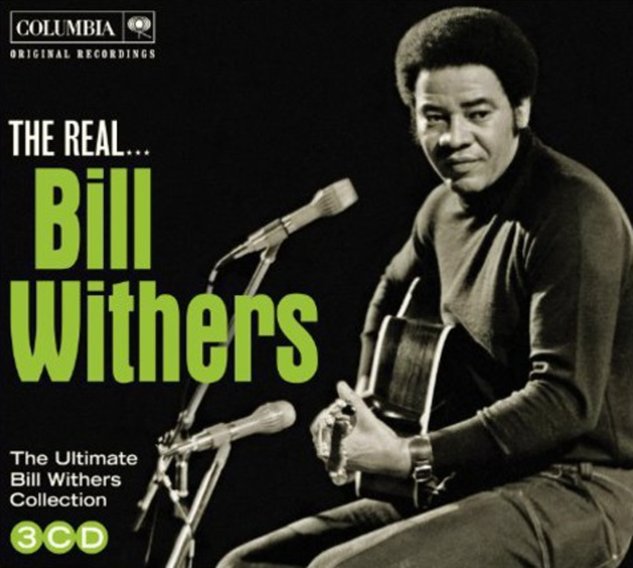 A huge collection of work from the mighty Bill Withers – a set that includes his key 70s classics, overlooked album tracks, and some surprising gems from his later years as well – all packaged into one nicely slim 3CD set! There's a heck of a lot of music in here – 43 tracks in all, all awash in those amazing vocals that set Bill apart from just about any other soul singer in the 70s – a voice that's still winning over new ears with its message, even all these many years later! Titles include "You", "The Same Love That Made Me Laugh", "Make Love To Your Mind", "Ruby Lee", "Green Grass", "Better Off Dead", "Kissing My Love", "Lonely Town Lonely Street", "Lean On Me", "Naked & Warm", "Lovely Day", "I Want To Spend The Night", "Heart In Your Life", "Something That Turns You On", "Lovely Night For Dancing", "Grandma's Hands", "Ain't No Sunshine", "Harlem", "Everybody's Talkin", "Another Day To Run", "Who Is He & What Is He To You", "Take It All In & Check It All Out", "Use Me", "Can We Pretend", "Hello Like Before", "Do It Good", "Hope She'll Be Happier", "Ruby Lee", "Green Grass", and live versions of "Friend Of Mine", "Let Us Love", and "World Keeps Going Around".  © 1996-2022, Dusty Groove, Inc.

What Color Is Love
Cadet/Verve, 1973. New Copy
CD...$11.99 (CD...$7.99, LP...$22.99)
Possibly the greatest album ever by the legendary Chicago soul singer Terry Callier! Terry's rich mellow voice is mixed with superb arrangements from the Cadet studio team, with Charles Stepney at the head, and the result is completely sublime. The songs are longer than on earlier albums – ... CD