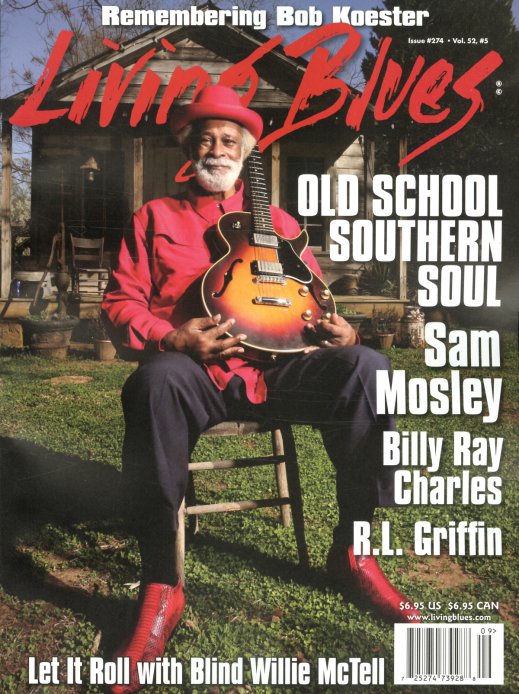 This issue of Living Blues offers up a fantastic tribute to one of the all-time greats of record store legends – Bob Koester, head of Delmark Records and Chicago's Jazz Record Mart – giving a glowing remembrance here in a long article that runs for almost 20 pages! There's also a big cover feature on soulful southern bluesmen – with sections on Sam Mosley, Billy Ray Charles, and RL Griffin – and the issue also has a look at a legendary recording session by Blind Willie McTell! There's plenty more too – lots of news, reviews, and other bits too!  © 1996-2021, Dusty Groove, Inc.