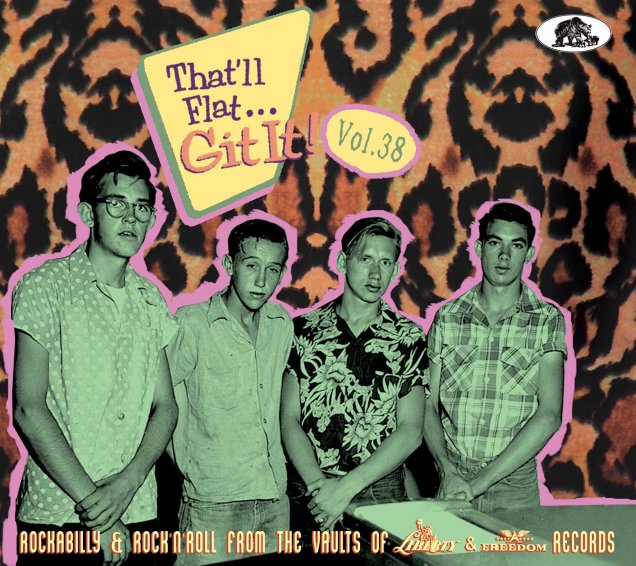 A totally wonderful batch of cuts from the early years of Liberty Records, and related labels – cuts that really bristle with the kind of energy that was exploding in all sorts of styles on the LA scene at the end of the 50s! Liberty may not have the cred as Sun or Chess Records, but the company was really at the crossroads of music on the west coast, and had both the ears and the studio talent to really turn out some great singles at the time – often the sort of material that was very different than the vocals and mood music on its full length LPs. If you don't know this side of Liberty's legacy, you'll really in for a surprise – and even if you do, you'll still discover some overlooked gems in this 37 track set – presented complete with detailed notes on all the artists too. Titles include "Lies" by Lee Ross, "Buddy" by Jackie Dee, "Willa Mae" by Al Casey, "Little Bit" by Bobby Lonero, "You've Done It Again" by Andy & The Live Wires, "Sweet Baby Doll" by Johnny Burnette, "Ain't That Somethin" by Larry O'Keefe, "She's So Fine' by Andy Caldwell, "Sally Let Your Bangs Hang Down" by Johnny Olenn, "Billy Billy" by Dee Dee Dorety, and "Hey Baby" by Bill Lawrence.  © 1996-2022, Dusty Groove, Inc.