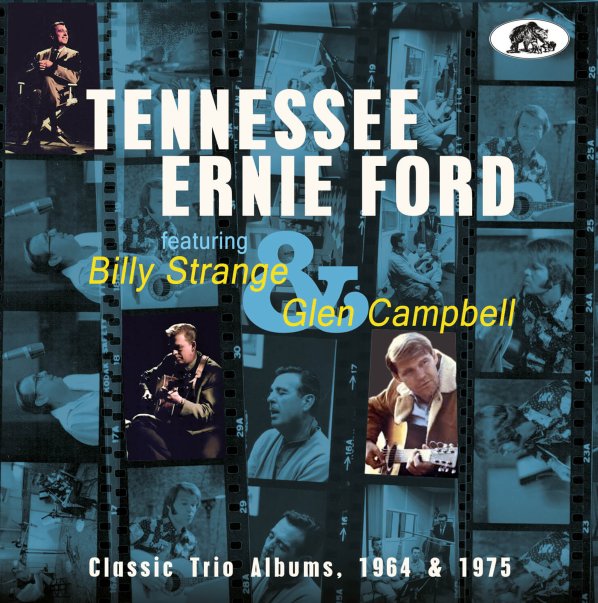 Two of the most unusual albums ever recorded by Tennessee Ernie Ford – both small group sessions, with a very different sound than his other material for Capitol Records! First up is Country Hits Feelin Blue – one of the coolest albums ever from the great Tennessee Ernie Ford – a set that has a spare, stripped-down setting – with just a bit of bass, and plenty of acoustic guitar work from the great Billy Strange – who arranged all the tracks with this spare, open style that's very different than some of Ernie's larger arrangements on other records! We love the voice that Ford can bring to a session – and here, it might be more upfront in the mix than anywhere else – given no other adornment, save some guitar from strange over the basslines – which means that Ernie's got to carry most of the tunes on his own – which he does wonderfully, and with even more feeling than on other records. Titles include "Worried Mind", "I Don't Hurt Anymore", "Funny How Time Slips Away", "No Letter Today", "Tears On My Pillow", "There'll Be No Teardrops Tonight", and "Born To Lose". Next is Ernie Sings & Glen Picks – a fantastic pairing of Capitol country talents – the guitar of Glen Campbell and the voice of Tennessee Ernie Ford – on a set that almost has a jazzy inflection at times! The setting is very different than most other sessions by either artist – as there's just a bit of bass added to the mix, which lets Glen remind the world that he's as great of a guitarist as he is an entertainer – picking out these great solos that are really wonderful – while Ernie gets all sort of space in the lead to open up on some wonderful tunes by Kris Kristofferson, Dallas Frazier, Harlan Howard, and others. Titles include "Legend In My Time", "She Called Me Baby", "Loving Her Was Easier", "Nobody Wins", "Trouble In Mind", "I Gotta Have My Baby Back", and "There Goes My Everything".  © 1996-2023, Dusty Groove, Inc.