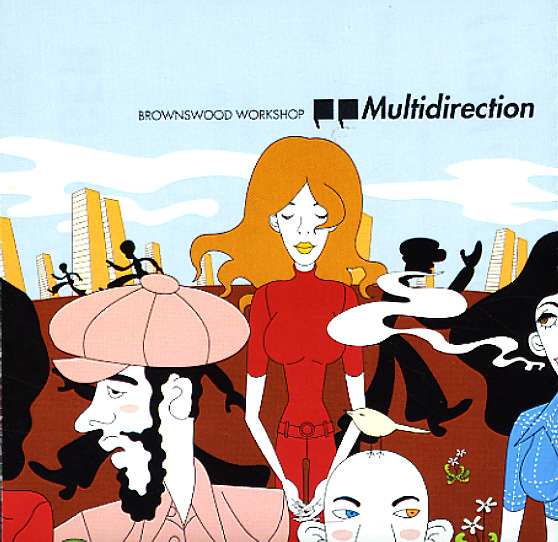 Although this comp came out a number of years ago, it's still one of the best-ever selections of Japanese acid jazz, and it features a great selection of rare tracks by artists that you'll know – like Nobukazu Takemura, Soul Boss Trio, Small Circle of Friends, and Kyoto Jazz Massive – plus stuff by a few other groups that we've still never been able to track down – like Jazz Brothers and Cool Spoon. The whole thing was produced by United Future Organization, and it's a great set of grooves if you like groups like Spiritual Vibes, Mondo Grosso, or Soul Bossa Trio.  © 1996-2021, Dusty Groove, Inc.
(Out of print.)

Worldwide Family Vol 2 – Presented By Kutmah
Brownswood (UK), 2012. Used
CD...$4.99
Crispy cosmic contemporary sounds from the 21st Century underground – pulled together by Kutiman, and featuring a host of previously-unreleased tracks! Beats are in the forefront on most numbers, as are inventive styles of production – ways of folding together sounds into fresh new ... CD