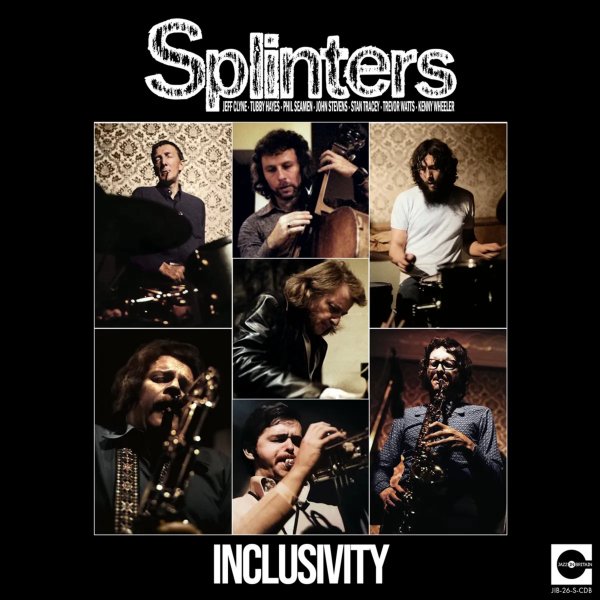 3CD & Book
Temporarily Out Of Stock

Legendary work from the British jazz scene of the early 70s – served up here by a group of important players who made some amazing music in the years before, two of whom would leave the planet not long after these legendary recordings! Splinters never issued a full album at the time – partly due to the loss of some members – but their music represents this key crossroads in all the development that had taken place in UK jazz during the crucial late 60s/early 70s years – maybe no surprise, given that the lineup features drums from Phil Seamen and John Stevens, who each are recorded in a different channel – plus tenor and flute from Tubby Hayes, alto from Trevor Watts, trumpet and flugelhorn from Kenny Wheeler, and bass from Jeff Clyne. The great Stan Tracey also plays piano on most tracks – and all the musicians are very much opening up their bag, even sounding more expressively experimental than on some of their famous studio sides from the period. The package features two rare live recordings from the short-lived group – 9 tracks recorded at the 100 Club, and 6 more recorded at Grass Roots. This is a very limited edition 3 CD set – housed in 12" square, 34 page hardcover book – with dozens of previously unseen images from the 100 Club and Grass Roots shows by legendary British jazz photographer Jak Kilby, and an extensive essay on the history of the group by Simon Spillett including interviews with Trevor Watts, Jeff Clyne, and Clark Tracey.  © 1996-2021, Dusty Groove, Inc.