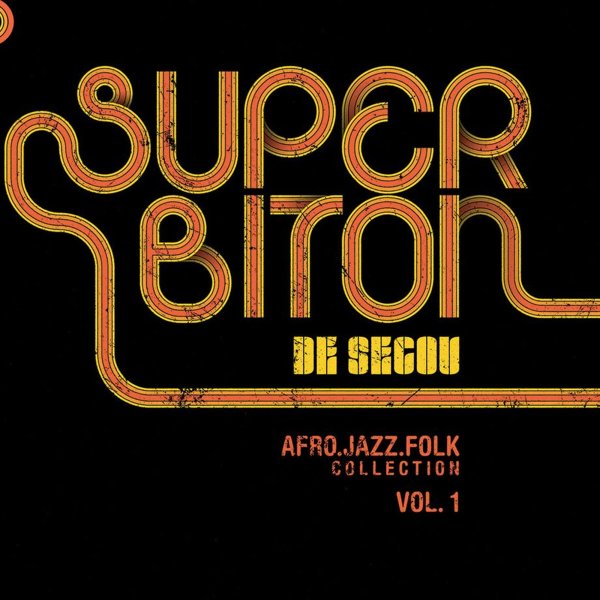 A fantastic collection of work from this legendary group from Bamako – an ensemble who mix together strangely-amplified percussion and well-crafted horn charts – all in a style that offers up their own very unique brand of jazz, and one that's got plenty of West African elements in the rhythms! The sound here is mindblowing – with direction on the group from Amadolu Bah on trumpet, all sorts of incredible solo guitar sounds from Mamadou Sissoko, and vocals from Mmadou Doumbia – blended with more horns, lots of percussion, and often captured with this echoey production style that makes the whole thing sound even more wonderful in the end! Titles include "Ndossoke", "Kamalen Wari", "Primpin", "Bwabaro", "Garan", "Sournousso Haba", and "Super Biton".  © 1996-2022, Dusty Groove, Inc.
(Beautiful cover – with all sorts of embossed designs in the artwork!)