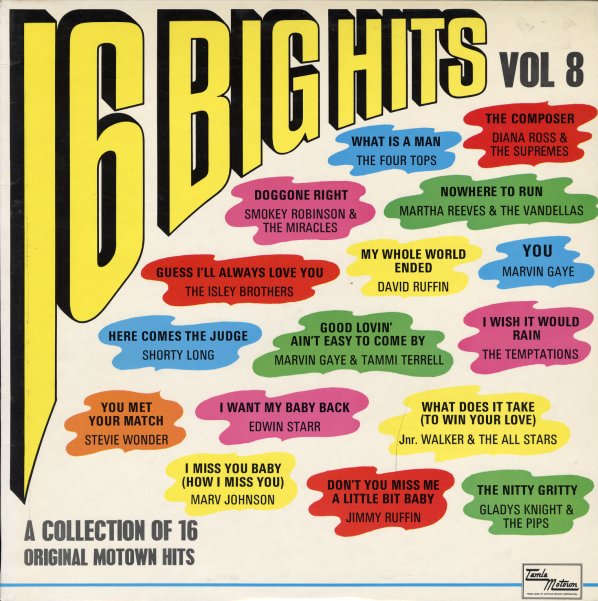 A cool UK collection, with some nice non-hit material – 16 tracks that include "You" by Marvin Gaye, "The Composer" by Diana Ross & The Supremes, "Here Comes The Judge" by Shorty Long, "I Guess I'll Always Love You" by The Isley Brothers, "Nitty Gritty" by Gladys Knight & The Pips, "I Miss You Baby" by Marv Johnson, "Don't You Miss Me A Little Bit Baby" by Jimmy Ruffin, "You Met Your Match" by Stevie Wonder, "Doggone Right" by Smokey Robinson & The Miracles, and "What Is A Man" by The Four Tops.  © 1996-2021, Dusty Groove, Inc.
(Nice UK pressing, in a flipback cover!)