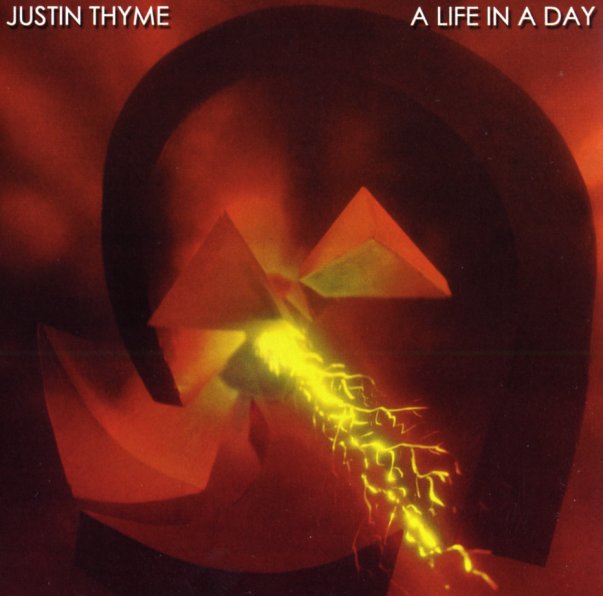 Life In A Day

A sweet fusion set from late 70s Hawaii – an album recorded with a very open, freewheeling vibe – and a warmly spiritual undercurrent too! The music is quite different from some of the tighter, more crossover material from the Hawaiian scene of the 70s – and these guys work in a mode that certainly owes something to the post-Coltrane underground, but which also has some larger, more ambitious structures too – like some of the bigger concept jazz projects after the loft jazz years in New York. The group (Justin Thyme is a group name, not a person) is led by reedman Gary Washburn – who plays alto, soprano, and baritone – as well as vibes and organ – in a group of mixed acoustic and electric players with more percussion, keyboards, trumpet, and even some cool tape effects. The album's pitched as a "life in a day" – a suite of 13 movements – and titles include "Journey", "Sensation", "Conditioning", "Passion", "Cognizance", "Rest & Tranquility", and "Search & Assimilation".  © 1996-2021, Dusty Groove, Inc.