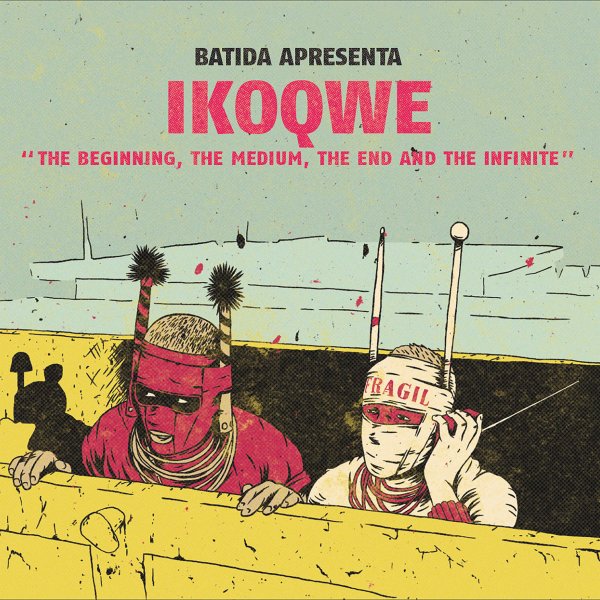 An album that revolves around a story of sorts – three creatures from a distant time and space come to earth and send their impressions back home – yet manage to do so in a way that resonates strongly with the earlier work we've liked from Batida! The music, as before, is a hybrid of global elements and contemporary electronics – and some of the story is carried by spoken bits that come across like found vocal bits, and give a nice sense of structure to the record – even though they are often altered, and given some sort of "alien" quality in the voice. There's plenty of drum machine work on the record, but there's also lots of vintage sound samples – some from 50s field recordings by Hugh Tracey, others from the International Library Of African music – all used here in really inventive ways. Titles include "Makumba", "Outra Cidade", "The Medium", "Bulubulu", "The Principle", "Quarentena", "The End", and "Falta Muito".  © 1996-2022, Dusty Groove, Inc.
(Includes download.)