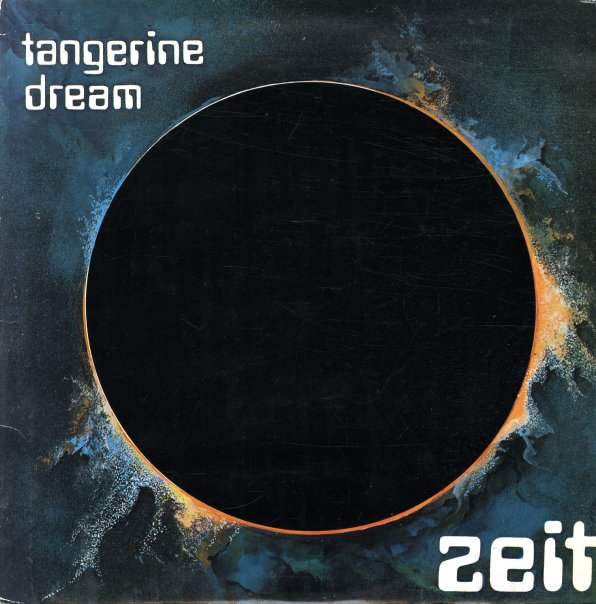 One of the moodiest early albums from Tangerine Dream – a record that really lives up to the eclipse on the cover! There's maybe more "bottom" here than some of their other work – swirling shadows that resonate with some of the more isolated sounds – almost as if the group is trying to invent the 4AD production style, years ahead of its time! The lineup here features core work from Chris Franke on keyboards and "gliss guitar", Peter Baumann on electronics, organ, and vibes, and the great Edgar Froese at the helm and composition – and there's also some guest work on moog, organ, and cello too. Each track spans a side of the 2LPs in the original package – and titles include "Birth Of The Liquide Plejades", "Nebulous Dawn", "Origin Of Supernatural Probabilities", and "Zeit".  © 1996-2021, Dusty Groove, Inc.
(Limited edition!)