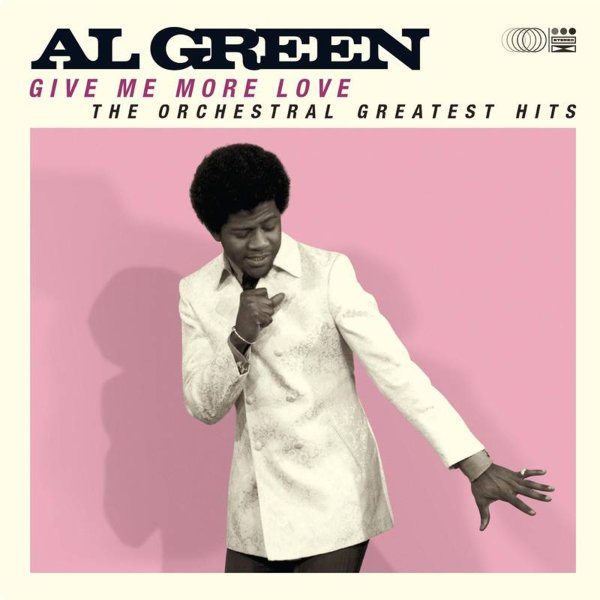 Give Me More Love

A very cool idea for a collection – a set that takes all the classic early Al Green material for Hi Records, and adds in some larger orchestrations – all at a level that's way better than you might expect, and with a sound that's very faithful to the originals! The larger charts are dropped in with a nicely subtle touch – so that Al's vocals aren't impinged at all, and the strings are used to sweeten up the tunes in all the right ways – very much as if the original recordings might have been given a bit of an Arif Mardin touch over at Atlantic Records, while still retaining the Memphis sound at the core. Titles include "Look What You Done For Me", "Take Me To The River", "Tired Of Being Alone", "Call Me", "Let's Stay Together", "I'm Still In Love With You", "Here I Am", "How Can You Mend A Broken Heart", "Sha La La", "I Can't Get Next To You", and "Let's Get Married".  © 1996-2021, Dusty Groove, Inc.