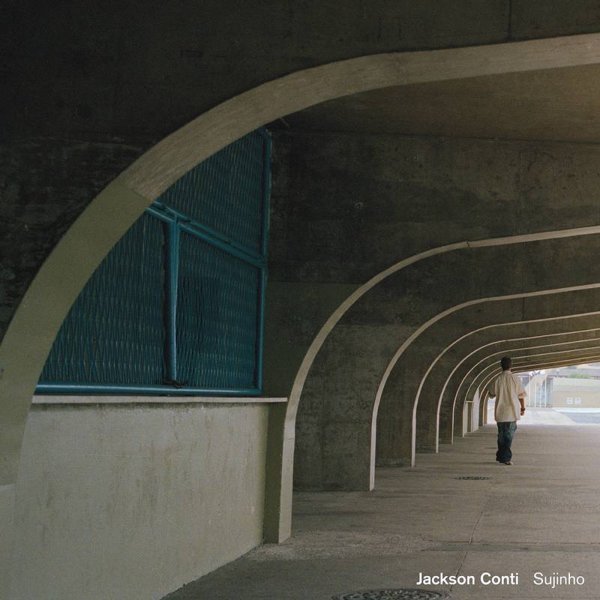 Great grooves from Jackson Conti – not a dude, but a duo – one that features Madlib teamed with Mamao, drummer from the legendary Azymuth! The album's got a really unique feel – one that mixes Madlib's chunky, fuzzy style of production with some of the cleaner, jazzier Azymuth grooves of late – a combination that shouldn't work so well, but which comes across with really amazing results! There's a bit of beats on the set, but a fair bit of the percussion is acoustic too – making for more warmth than before from Madlib – almost a transplantation of the Yesterday's New Quintet sound to the sunnier Rio scene. Keyboards have a strong role too – often with the sort of edgey, compelling tones you'd hear on the first few Azymuth recordings of the 70s – and other instrumentation includes bits of guitar, flute, sax, and other well-placed touches – but all used in weird ways that are somewhere between typical jazz and Brazilian modes. Titles include "Upa Neguinho", "Xibaba", "Sao Paulo Nights", "Brasilian Sugar", "Mamaoism", "Berumba", "Papaya", "Segura Esta Onda", "Sunset At Sujinho", "Tijuca Man", and "Waiting On The Corner".  © 1996-2023, Dusty Groove, Inc.

Key Lime
Color Red, 2023. New Copy
LP...$26.99 29.99
Drummer Tim Carman is best known for his work in the bluesy trio GA-20, but here he's in much more of a jazz-based mode overall – leading a trio that features some stunning organ work from Ken Clark, a player we don't know at all, but who clearly knows how to channel the best soul jazz styles ... LP, Vinyl record album

Jazz Is Dead 15 – Garrett Saracho
Jazz Is Dead, 2022. New Copy
LP...$25.99 27.99 (CD...$13.99)
One of the most ambitious recordings in the excellent Jazz Is Dead series – and one that marks a long-overdue return for Garrett Sarracho – an artist who gave the world the excellent En Medio album for Impulse Records in the early 70s – but who has mostly kept his talents ... LP, Vinyl record album

Jazz Is Dead 16 – Phil Ranelin & Wendell Harrison
Jazz Is Dead, 2023. New Copy
LP...$25.99 27.99 (CD...$13.99)
The Jazz Is Dead series goes mighty deep with this gem of a record – opening the door for two legendary Tribe Records talents from the Detroit scene of the 70s – reedman Wendell Harrison and trombonist Phil Ranelin – both of whom sound superb throughout! As with other volumes in ... LP, Vinyl record album

Bluestaeb & S Fidelity Present Underground Canopy
Menace (UK), 2022. New Copy
LP...$29.99 34.99
Spare instrumentals created in a world that's aware of downtempo – but also delivered with a lot more warmth and jazzy energy than the usual sort of set like this – thanks to very strong work on trumpet and keyboards throughout! The tunes are relatively spare, and have great beats at ... LP, Vinyl record album