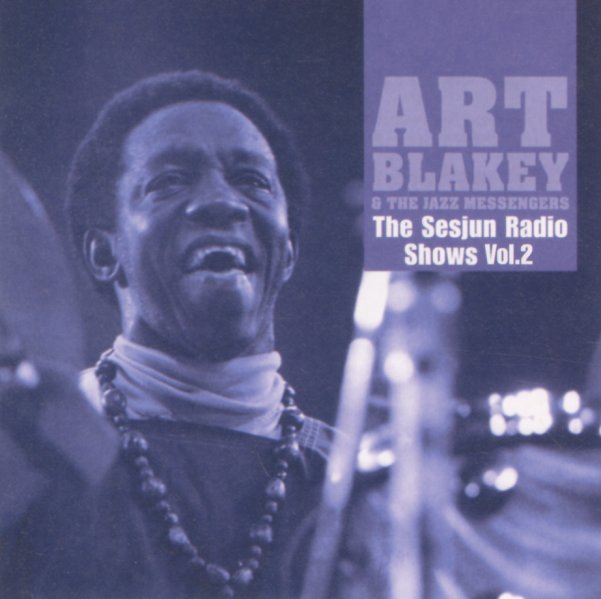 Live work from the great Art Blakey – a set that features two different performances from two really great groups! The first two cuts are from 1980 – from a time when the Jazz Messengers features up and coming 80s giants Bobby Watson on alto, Valery Ponomarev on trumpet, Billy Pierce on tenor, James Williams on piano, and Charles Fambrough on bass – all young musicians who'd evolve into leaders on their own in a few short years after these recordings, but who really sparkle here under Blakey's leadership! The cuts feature a great take on the Williams tune "1977 AD", and a long version of the Jazz Messengers standard "Blues March". The last four tracks feature a slightly later group – still with Fambrough on bass, but including wonderful tenor and soprano sax work from Jean Toussaint, plus trumpet from Terence Blanchard, alto from Donald Harrison, and piano from Johnny O'Neal – an equally great lineup, but in a completely different way. Titles include a great take on the Fambrough tune "Little Man" – plus "Polka Dots & Moonbeams" and "Moanin".  © 1996-2022, Dusty Groove, Inc.
(Part of the "Jazz Premium Seats – Rare Jazz – Live & Sessions" series!)