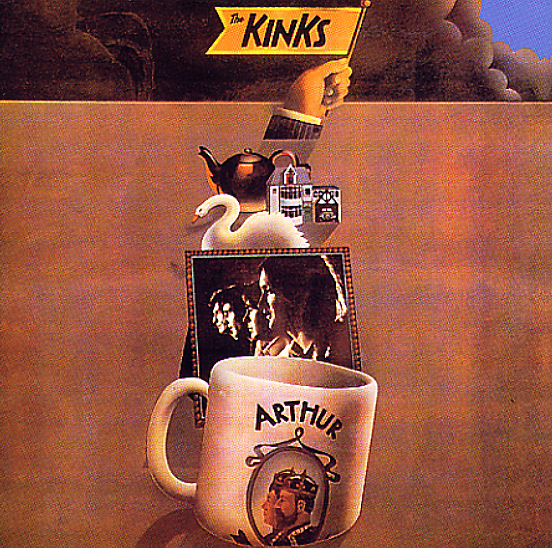 A true masterpiece of late 60s pop – music originally recorded for a TV special in 1969 – and one of the Kinks' greatest albums ever! The semi-concept album traces the woes, worries, and hopes of a British family, as one half is on the verge of emigration to Australia. The work comes out of the sort of songwriting that Ray Davies had been perfecting on albums like Village Green and Something Else – but the overall style is more sophisticated, yet not nearly as self-indulgent as some of the 70s concept clunkers. Instead, the songs are brilliantly tight, and stand on their own well past the concept of the original album. Titles include "Victoria", "Brainwashed", "Australia", "Shangri-La", "Mr Churchill Says", and "Yes Sir No Sir". CD version comes in a great book-styled cover, with very detailed notes – and CD2 features the Great Lost Dave Davies album – with titles that include "This Man He Weeps Tonight", "Mindless Child Of Motherhood", "Mr Shoemaker's Daughter", "Lincoln County", "Do You Wish To Be A Man", "Creeping Jean", and "Mr Reporter". Also features bonus tracks – "Plastic Man (stereo)", "Kign Kong (mono)", "Drivin (mono)", "Australia (Australian mono single edit)", "Lincoln County (mono single edit)", "Creeping Jean (mono single edit)", and "Hold My Hand (mono)".  © 1996-2021, Dusty Groove, Inc.