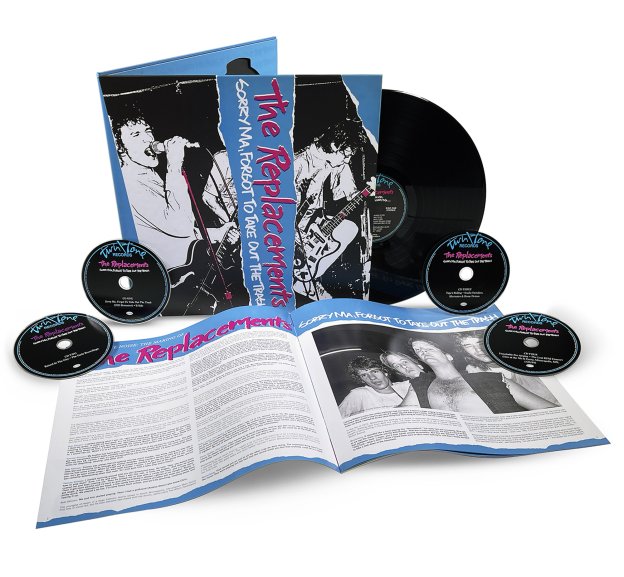 The Replacements look a lot more punk rock on the cover than on some of their later albums for Warner Brothers – and they sound a lot more punk, too – packing in 18 short songs on this early set that blisters with their youthful, inventive energy! Even working at a level that's hard and fast, Paul Westerberg is still a hell of a songwriter and singer – and manages to pack these songs with a depth of expression that most of his contemporaries wouldn't hit until years later – that open, honest approach that had these guys coming out of nowhere, and blowing everyone's mind at the time. Titles include "Takin A Ride", "Carless", "Hangin Downtown", "Johnny's Gonna Die", "More Cigarettes", "Shiftless When Idle", "Shutup", "Raised In The City", and "Somethin To Du". This amazing package is overflowing with goodies – CD1 features the 2021 remaster of the album, plus a b-side; CD2 features The Early Recordings, with 25 rare tracks; CD3 features Tape's Rolling, with studio outtakes, alternates, and home demos; CD4 features a KFAI concert from 1981, with 27 tracks in all! Then, the LP features The Alternate Sorry Ma – a completely different version of the core album – all wrapped up in a heavy, hardcover book package – with pages of rare photos, liner notes, and memorabilia!  © 1996-2021, Dusty Groove, Inc.
(40th Anniversary limited edition pressing!)