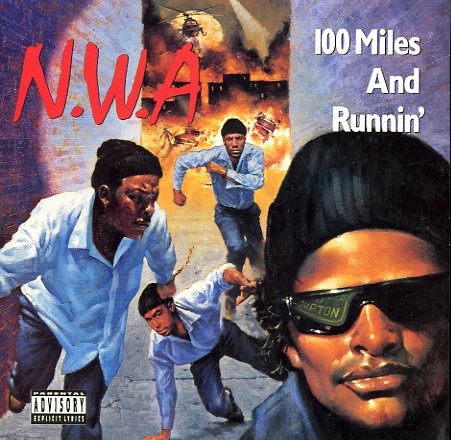 The blistering 1990 EP by NWA – a fanbase divisive and critically underappreciated salvo in its day, despite being a fast seller – and a much sharper piece of work than it was credited for back in the day! NWA as a driven singular force was pretty much a thing of the past by this point, with Ice Cube having set off on his own path – turning the lyrical angry into a more interpersonal mode for sure, and also opening new creative production possibilities for Dr. Dre. Includes the masterful title track, which is blistering to this day, plus "Just Don't Bite It", "Sa Prize (Pt 2)", and "Kamurshol" – all of which hold up really strongly.  © 1996-2021, Dusty Groove, Inc.

It Takes A Nation Of Millions To Hold Us Back
Def Jam, 1988. New Copy
CD...$6.99 14.99 (CD...$4.99)
The massive second album by PE – and the one where where the hit their full creative stride, and their politics and philosphy hit at full force – moving Public Enemy from an imposing threat to both the hip hop and pop music status quo to a straight up cultural phenomenon! There's ... CD