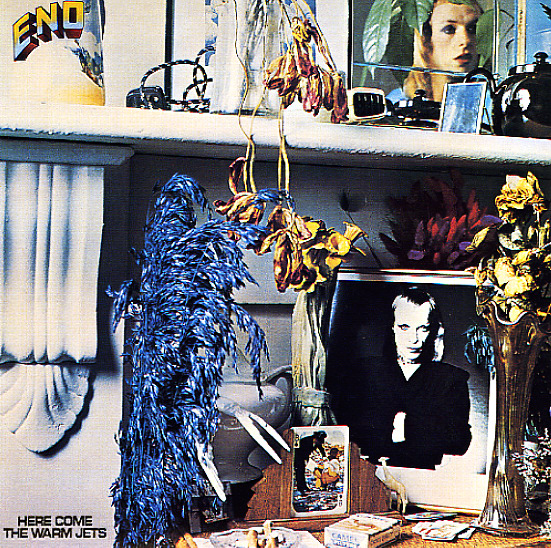 A record that blew the world away when it was first released – and still continues to delight all these many years later! Brian Eno had first rose to fame in Roxy Music – where his sonic sensibilities and ear for electronic experimentation really added a lot to their initial albums – and here, on his own, he's in somewhat side-stepped territory – mixing things up in the art/glam generation of Roxy and Bowie, but also already showing a darkness that really sets him apart from the pack! The first three songs alone are a hell of a statement from any musician in the 70s, and the titles alone almost get at their impact – "Needles In The Camel's Eye", "The Paw Paw Negro Blowtorch", and "Baby's On Fire" – all songs that offer a rare blend of ferocity and humor that wouldn't emerge elsewhere until the punk movement. Yet Eno's hardly the forerunner of punk, but he's also not glam, metal, or anything else – a supremely impactful artist with this record, completely in his own space – like a rare breed that might include The Velvet Underground, Gram Parsons, or Bowie. Titles include "Needles In The Camel's Eye", "The Paw Paw Negro Blowtorch", "Baby's On Fire" "Blank Frank", "Some Of Them Are Old", "Cindy Tells Me", "On Some Faraway Beach", and "Dead Finks Don't Talk".  © 1996-2022, Dusty Groove, Inc.