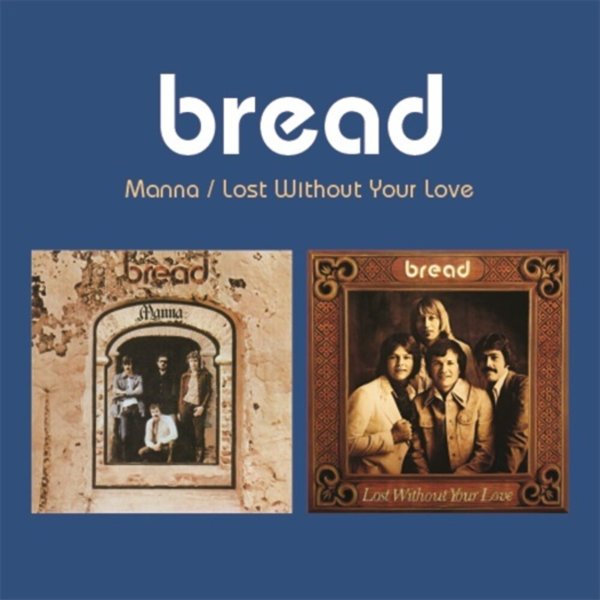 Soft rock classics back to back – two full albums from Bread on a single CD! First up is Manna – a record that seems to have Bread picking up a bit more force than previous albums – coming on with a few vocal tracks that maybe seem to answer their growing soft rock status with a bit less emphasis on the "soft"! Yet that core Bread charm is still very much in place here – perfect David Gates arrangement and production, with all the sorts of mellow 70s touches that would be such a huge influence on so many others in years to come! One of the biggest illustrations of this is the mega-hit "If" – one of Gates' real classics, and done here with softly crooning vocals next to some slightly spaced-out guitar that gives the whole thing a surprisingly moody vibe. Other cuts include "Live In Your Love", "Let Your Love Go", "Be Kind To Me", "He's A Good Lad", "She Was My Lady", and "Truckin" – the last of which is not the Grateful Dead song. Lost Without Your Love is the last album in the legendary 70s run of Bread – and a set that was a bit of a comeback, given that the group had briefly disbanded before it was recorded! Yet as before, the mighty David Gates is still at the helm of the ship – penning loads of great songs alongside James Griffin, the group's other vocalist and songwriter – and giving the whole thing his classic touch in the studio, in ways that show a bit of an ear for some of the changes that were taking place in adult contemporary music in the years since the group had been started – maybe a bit more subtle drama, and a few less folksy elements than before. All the best Bread elements are still very strongly in place – and titles include "Change Of Heart", "Hooked On You", "She's The Only One", "Lost Without Your Love", "Fly Away", "Belonging", "The Chosen One", "Hold Tight", and "Today's The First Day".  © 1996-2021, Dusty Groove, Inc.