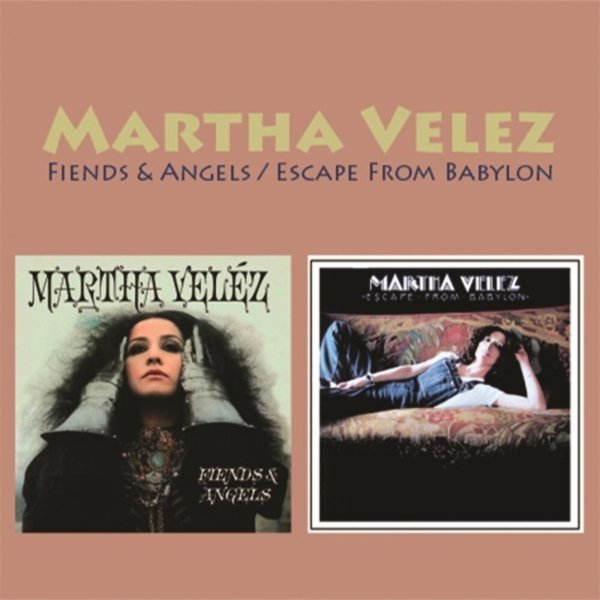 Two classic albums from Martha Velez – back to back in a single set! Fiends & Angels features badass work from Martha Velez – a rock singer at the core, but one with some plenty soulful touches! The album's a UK effort with help from a host of top-shelf talents at the time – but the groove is pretty gritty, and almost has that key rock/funk crossover mode that female singers were hitting in the US – a somewhat colorblind groove that often worked better for a singer like Velez than it did for male vocalists trying for a similar groove. Drums are nice and heavy on some cuts, and the album sports organ from Brian Auger, guitar from Eric Clapton, and heavy bass from Jack Bruce. Titles include "Swamp Man", "I'm Gonna Leave You", "Drive Me Daddy", "Feel So Bad", "Tell Mama", "Very Good Fandango", "A Fool For You", and "Come Here Sweet Man". On Escape From Babylon, Martha Velez gets some heavy help from Bob Marley – who produced the album with a bit of extra help from Lee Perry! The set's a nice mix of Martha's soulfully-styled vocals and Marley's Kingston rhythms – a blend that has similar appeal to some of Serge Gainsbourg's reggae-related projects, but in a slightly different style overall – almost more Marley-like in the end, with Bob pushing Martha into his side of the musical spectrum, instead of the other way around. Backing vocals are by the I-Three – and titles include "Wild Bird", "Money Man", "Happiness", "Get Up Stand Up", "Disco Night", and "Come On In".  © 1996-2021, Dusty Groove, Inc.