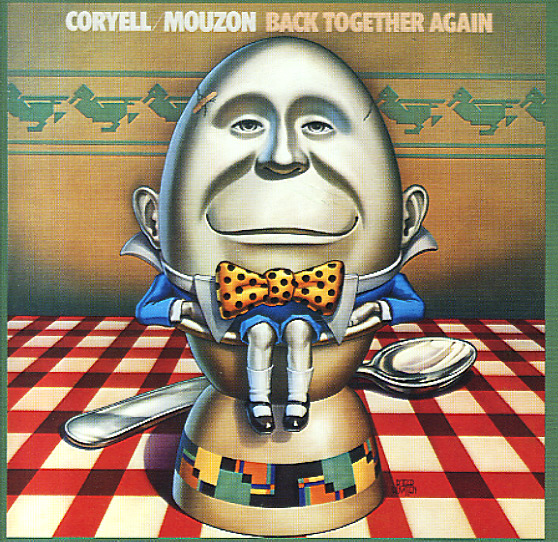 Also available
Larry Coryell/Alphonse Mouzon — Back Together Again ... LP 5.99
A famous set of crossover fusion – one with lots of heavy drums from Alphonse Mouzon, and plenty of sweet guitar from Larry Coryell! This set definitely plays to the rockish side of the fusion crowd, but still has some funky undercurrents too – thanks to lots of bold lines from Cobham, who could easily sit on both sides of the fence at this point in his career! The rest of the group is equally tight, too – and includes the great John Lee on bass, who really keeps things deep, plus Philip Catherine on additional guitar, sometimes acoustic. Mouzon sings on the cut "Reconciliation", but all others are instrumental – and titles include "The Phonse", "Transvested Express", "Rock N Roll Lovers", "High Love", "Mr C", "Get On Up", and "Beneath The Earth".  © 1996-2023, Dusty Groove, Inc.

Crosswinds
Warner/Wounded Bird, 1974. New Copy
CD...$11.99 12.99 (LP...$19.99)
A masterful album from Billy Cobham – and maybe the best 70s record to really demonstrate the unique place he found for himself in 70s fusion! The album soars with a sound that really lives up to its cover image – but it's also not the heavy-jamming affair of some of Billy's more ... CD

My Favorite Things (2CD edition – mono/stereo mixes)
Atlantic, 1961. New Copy 2CD
CD...$23.99 24.99 (LP...$99.99)
Wonderful wonderful wonderful work from the legendary John Coltrane – and even though it's probably one of his best-selling albums of all time, it's still a treasure – and has an essential place in just about any jazz collection! We've heard the original title version of "My ... CD