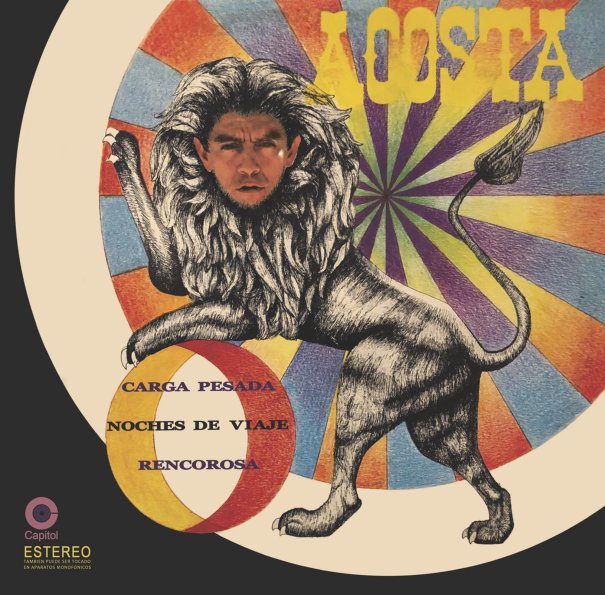 A killer set from funky drummer Leo Acosta – a Mexican musician, but one who draws plenty of influence here from the New York scene – before turning the whole thing into a set of weird and wild sounds that are very much his own! Leo's clearly got some Latin soul vibe going on here – but the rhythms are often a bit more complex, as are the arrangements – with all sorts of interesting elements coming in and out of the songs, both from a vocal and instrumental perspective – although the record is definitely focused more on the latter! There's a fair bit of funky moments that remind us of those later funk records that Perez Prado cut for Orfeon – and titles include "Alma Latina", "Carga Pesada", "Rencorosa", "Todo Termino", "La Novia Hippie", "Noches De Viaje", "Mi Guitarra", and "El Campeon".  © 1996-2021, Dusty Groove, Inc.

16 Rayos (crimson & canary swirl vinyl pressing)
Daptone, 2021. New Copy
LP...$20.99 21.99 (CD...$12.99)
Bold rays of sunlight from Orquesta Akokan – a contemporary group, but one who recorded this set in Havana's legendary Egrem Studios – which is part of the very classic vibe throughout! There's plenty of younger Latin combos that have been serving up old school modes in recent years ... LP, Vinyl record album