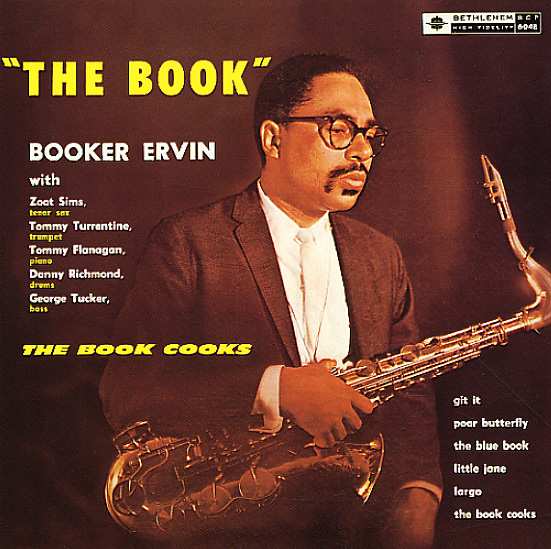 One of the greatest albums on the Bethlehem label – and one of the first albums as a leader by the legendary Booker Ervin! At the time of the set, Ervin had come off a great stint with the Charles Mingus group – one that inflected his rootsy Texas tenor tones with a sharper modern edge – heard to perfection on this great little session, which is equal parts hard swinging soul jazz and dark-tinged early 60s modern! Zoot Sims joins Booker in the front line, and the two of them trade tenor solos throughout on the album's long compositions – grooving with a great sextet that includes Tommy Turrentine on trumpet, Tommy Flanagan on piano, and Mingus' drummer Dannie Richmond on the kit! Cuts include "Largo", "The Book Cooks", "The Blue Book", and "Git It".  © 1996-2022, Dusty Groove, Inc.