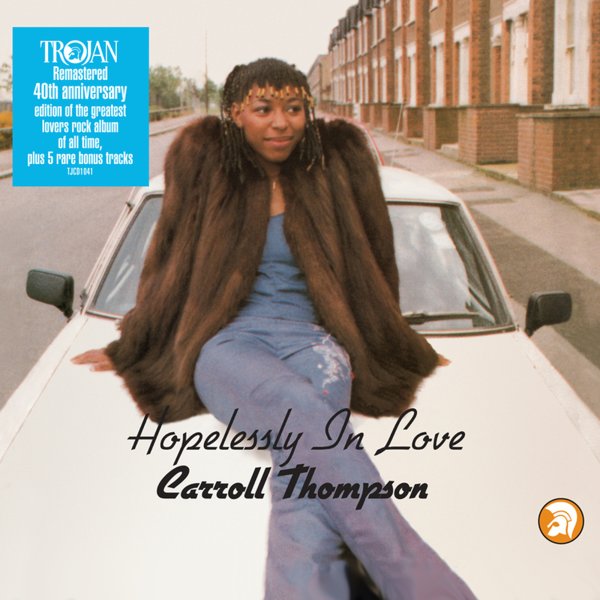 A soulful set from Carroll Thompson – the debut from the sultry UK singer, and a set that went onto become a key classic in the lovers rock genre! Carroll has a great way of mixing Jamaican styles with a bit more of a London vibe – coming up with a criss-cross of modes that really reflects the way that reggae changed when it moved across the Atlantic – picked up by the British scene, and circulated amidst different communities in London. Thompson's approach is a perfect portrayal of this mode – as she sings sweetly with these great two-step backings that also draw plenty of energy from late 70s mellow soul – with some aspects that are almost like New Jersey soul of the generation before. Titles include "Simply In Love", "I'm So Sorry", "No You Don't Know", "Sing Me A Love Song", "Merry Go Round", and "Mr Cool".  © 1996-2022, Dusty Groove, Inc.